I was originally going to archive this blog and made an announcement that it would not be updated any longer. Then I changed my mind. I am sorry to say that many of the older posts have lost YouTube content due to me deleting my YouTube account. I could not bear to see myself, such is the nature of gender disphoria.

I have now decided that this blog should become my own again. I changed the  name of the blog to match my new callsign. There is not much I can do to change the old posts to match my affirmed gender nor my new name.

I have moved from acreage in a regional city to a one bedroom apartment in Australia’s largest city. My partner and I lost our business, almost all of our possessions and personal wealth due to my depression, anxiety and panic attacks due to gender disphoria. My new location, housing arrangements and budget mean that I will not have the impressive station that I once had. I will have to find new ways to operate and new interests within amateur radio.

I’ve been very happy with my blog here on WordPress, until today. In an attempt to set up a new blog for my 4WD tour business, I accidentally changed the them of this blog and then found that the old theme is no longer available.

I do not like the new them at all but I’m stuck with it.

The shack is set up, if messy. The antennas are up and I’ve been operating from the new QTH.

LoTW and eQSL are updated. The APRS is running.

New capacitors for the Ameritron AL811 are being shipped.

I’ve pretty much had a full time job looking for a place to live. It’s total madness.

Please don’t talk politics on amateur radio. If you are stupid enough to do so. Know your facts.
Coal-fired power stations remain the dominant source of Australia’s fine particle pollution PM2.5 (25% of the national ‘all sources’ total), oxides of nitrogen NOx (25%), and sulfur dioxide SO2 (49%) – some of the air pollutants most toxic to human health

It is fair to say that I’ve been very happy with the performance of the Nested Marconi antenna to date, but I’ve not spent a great deal of time on bands other than 80m and 40m, where the nested Marconi performs really well. While the SWR is fine on all bands (except 160m), the performance has not really been explored by me.

Recently I tried it out on 20m, using the additional 10m/20m attachment and I found the performance much reduced compared to my ZS6BKW. 15m and 10m seem similarly reduced but I really need to do more on these bands to make a real assessment. .If you have a small yard, this is a great antenna but I’ve found it lacking on 20m. Today I made a coil for 160m (44mH) and it does allow me to tune it to 160m. I’m yet to test it out.

Today I spent some time modifying the audio interface that I used to use with my Icom IC706MKIIG, so that it would work with the IC756ProII. I removed the 13pin DIN and replaced with with an 8 pin microphone plug. Unfortunately I didn’t’ have much cable so I had to make do with what I had. The box contains two 6.5mm phono sockets wired up to the microphone plug. One socket is for PTT, the other for audio. PTT is operated via foot switch. It is important when setting up something like this, that you adjust the microphone gain, and mixer so that your ALC is as per the manufacturer’s recommended settings.

You were a huge signal into VK2 Tim. Thanks for the contact.

I’ve been off air for some time because I’m restarting my business, Learn to Tow at http://www.learntotow.com.au. I deliver towing training on weekends. I’ve also got a new full time job at Cessnock, so once the COVID situation changes I’ll be moving house. Meanwhile the Barrett 950 had to go into the 4WD, so I needed a new radio. I managed to get my hands on an ICOM IC756ProII which I’m loving. It is now time for me to finish off the repairs and modifications to the Ameritron AL811.

“Always walk through life as though you have something new to learn, and you will.”

Due to delays waiting for parts for my Ameritron AL811 project, I decided to start on another repair job that has been awaiting my attention. Last time I used my Icom IC-703 there was no power out on transmit. I suspected blown finals- that will be a painful repair job with SMDs! But today when I attempted to power it up, it was completely dead. I opened it up and checked the internal fuse; it was intact. I checked the rectifier diode a DSA3A1. It was dead. Hmm Why a rectifier diode on a dc supply? I guess it is normal to use these where there may be a fairly decent current (direct connection to a car battery for example) and to provide reverse polarity protection from that current.

So OK but why no transmit when it was powering up? A closer look revealed a little teeny resistor that runs from a track on the PCB, to the centre of the antenna socket has come away from the PCB. It had broken off and left the tail embedded in the board. This thing was tiny! I had to desolder the antenna socket anyway, to get access to the bottom of the board, to remove the diode, so I set about doing that and flipping the board. That is when I saw this tiny resistor. It had no coloured bands at all but it looked to me to be a resistor. I searched the Icom Service Manual and found it on the PCB drawing, labelled W999. The table of components told me it was generally referred to as a Jumper ERD-S2T0. Searching this info online I found that it referred to a zero ohm resistor. Now that got me really thinking. What possible purpose could be served by a zero ohm resistor? Why not just a short wire?

The answer may well not surprise you, it didn’t me. The answer is speed, time and cost in manufacturing, especially if that manufacturing is done in part or completely by robotics. The part has no electronic purpose.

I first became involved in HF radio at the age of 16 when I sat for my 3rd class certificate in radio telephony (coast guard). I then became active in the CB scene of the late 70’s. I built my own 4 element cubical quad and other antennas at that time.

In 1979 I first attempted to study for my novice amateur operators license- unfortunately life intervened and I never did complete it.

I later became involved in HF radio via my role as a remote area 4wd tour operator, which rekindled my interest.

I completed my foundation license in July 2008 and was on the air as an amateur radio operator at last. Since then I’ve completed standard call (VK4MDX) and finally Advanced (VK4KIM / VK2KMI).
Details of my equipment etc are available from the links below.

I used to run my own business specialising in remote area 4wd tag-along tours and driver training particularly 4WD, off-road, particularly for mining and exploration. I also conducted towing training, teaching people to tow vans and trailers for work and recreation.

My other interests are 4wding, soaring and photography, human rights, technology.

Weather Cam at My QTH 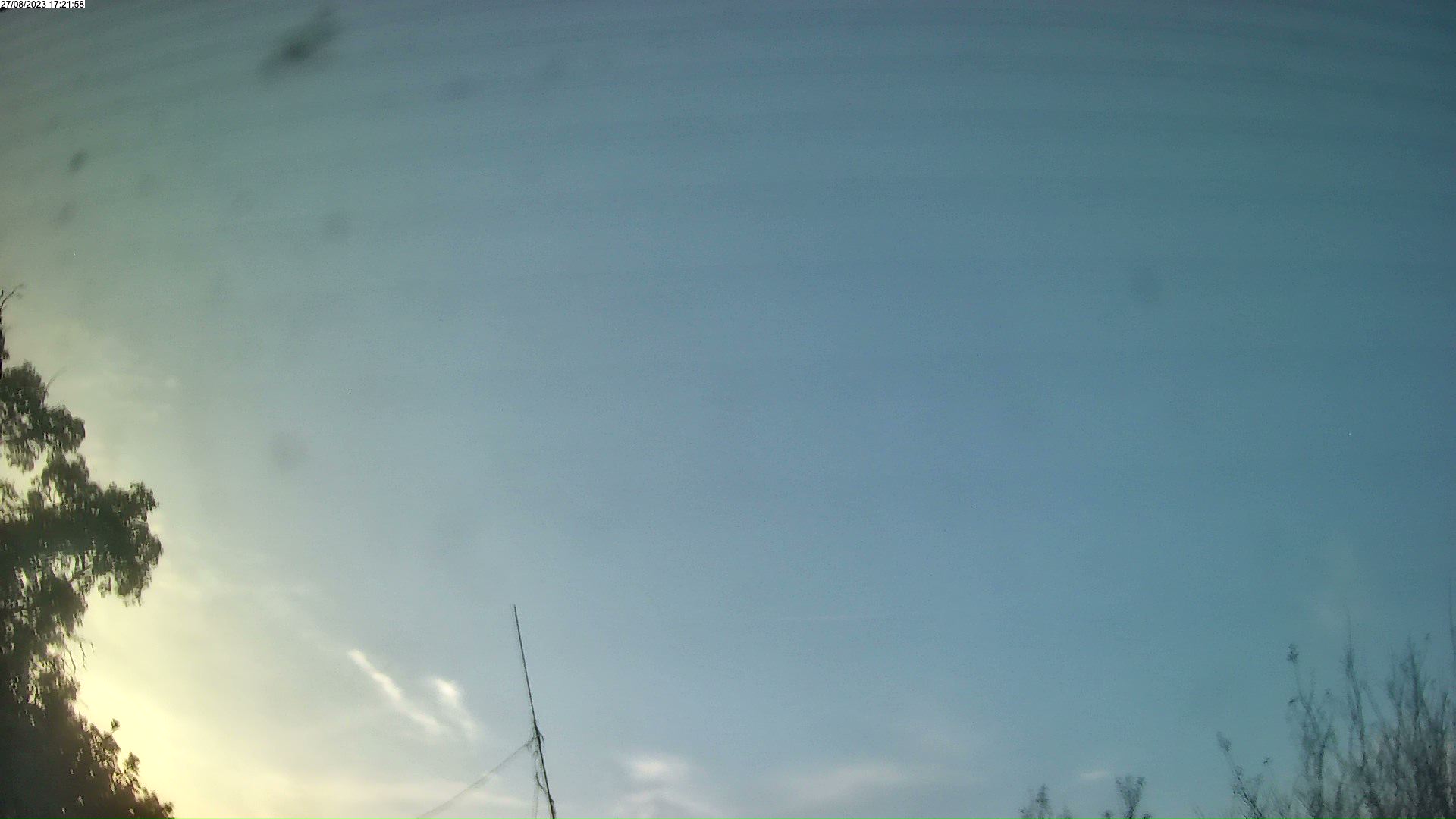 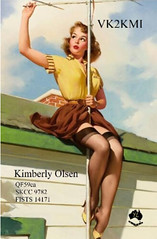 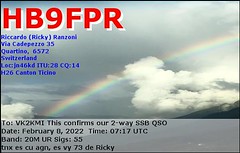 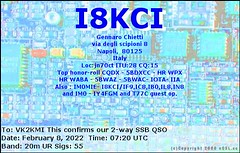 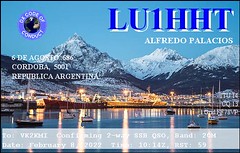 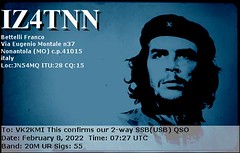 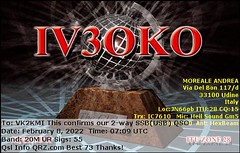 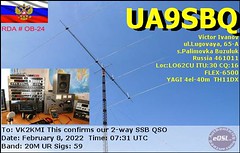 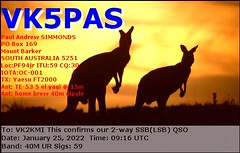 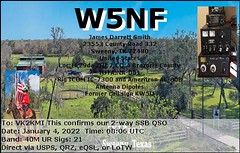 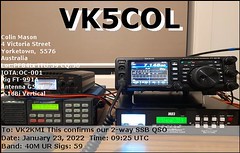